A Story of Friendship and Community in the Classroom 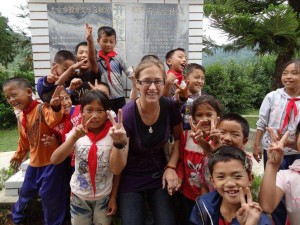 Picture it: the first day of class. This is a class of all sorts, but students shamble through the doors, find their clique, and pack closely together forming their own separate groups. You have the non-conformists with outrageous hair and piercings and tattoos, the serious young professionals, the non-traditional students with children, the athletes, the goths, the girly-girls, and the class clowns. A couple of unfortunate souls select places separated from the others. They don’t form groups; though, it can be difficult to determine why.

Great teachers understand that learning doesn’t occur in solitude. Developing a learning group provides a student with study buddies, people to confirm the dates and specifics of assignments, and a sense of well-being and self-esteem. Not long ago, classes were mostly homogenous, full of young white men with shared background experiences. Nowadays, many classes look like a crazy cacophony of people and personalities: sensitive and difficult, interested and laid-back, shy and outgoing, optimistic and cynical.

I anticipated there would be difficulty in getting these groups and isolated individuals to intermingle. We were less than a minute in class, but an unseen force of suspicion and distrust was rumbling through it just beyond the realm of hearing. Perhaps it was fear and nerves that allowed me to hear it. They were all muttering amongst themselves, all except the two isolated individuals. These two, a young man with a bald and elaborately tattooed head and another young man sporting an entire cowboy get-up, sat in the back, glaring at each other. 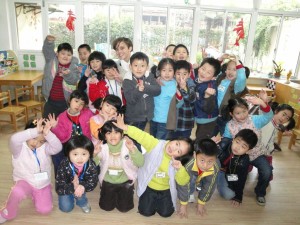 The problem: how do you encourage these people to connect outside of their groups? How do you get them to communicate, to feel secure enough to share their ideas with people different from themselves, and to grow past their own personal and cultural limits?

I began with a few words. “Everybody, get out of your seats.”

“What?” the students murmured together with aside glances. Still, it was a good sign. They had voiced their confusion in unison. Perfect togetherness.

“Push the desks out of the way, and create two circular groups facing each other.”

Reluctantly, they left their seats and did as I told them.

“Everyone in the inner circle: I want you to take one minute to discover as many interesting things as you can about the person in front of you. Don’t bother with just likes and dislikes. Ask them things like what their fears are, what makes them laugh, and about obstacles they’ve faced. When I turn off the lights, I want everybody to stop talking. Then, when I turn them back on, I want the outer circle to ask questions to the people in front of them. After two minutes are up, I want everyone in the inner circle to trade places with the person on the left and begin asking questions to the person in front of them, and so on.”

Are you out of your mind? This isn’t going to work, I thought. I didn’t bother to reply to the dissenting voice in my head. It was starting to work. The classroom turned into organized chaos. Giggles and chuckles, murmurs and whispers, delighted gasps and uproars.

I switched the lights off.

Despite the fact they were expecting it, a few people gasped and squealed. Then, the noise died down until it was completely silent.

I switched the lights back on.

Laughter. Conversation. At some point, it became more than just a question and answer session.

Minutes ticked by, and the students asked and talked and possibly got into discussions that were too personal for the classroom. But nobody complained or seemed uncomfortable. After everybody had a chance to talk with everyone else, I asked them to bring the desks back and sit down. Many of the students sat with someone from a completely different group from them. We reviewed the course syllabus together, and they actually listened. But the very best part was when the tattooed, bald man and the cowboy left class… together.